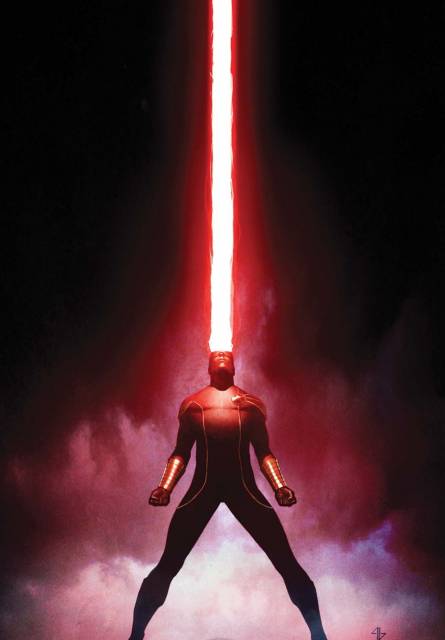 The loud noise of a helicopter’s helix brought Scott back to earth, after a few quarters of hour spent ruminating about his decision: leaving the X-Men. A rope ladder, and a formal polite greeting were not enough to interrupt his internal monologue. So much anger, so much pain, sometimes feelings of overwhelming emptiness, a loss of identity, of a family, of a life purpose…

The X-Men were all that and now they were no more. They couldn’t be, not after what happened…

…”what the..!” shouted the S.H.I.E.L.D. pilot soon after the vehicle had been pushed few meters away by a massive blast, exploding from the Raft; “What was that?!”

Cyclops stood from his seat and firmly asserted: “Bring me there, S.H.I.E.L.D. Commander Hill will wait!”.

Standing over the chopper iron door he knew he would be on his own once there; he was not a member of the X-Men, nor S.H.I.E.L.D., at least not for now. “I’m not ready to let it go completely” said with loud voice solving his internal struggle and picking up his phone.

“Hey Kurt it’s Scott, are you still in New York, can you speak?” … “Have you seen what happened to the Raft? The island prison? Seems like it has been blown up from the inside. I’m on my way there, would you be up for coming and help?” … “Oh yeah, about that… you must have not been informed yet. I’ll tell you later, see you there!”

This entry was posted on October 22, 2015 by jpjolin in Uncategorized.