Watcher Datafiles: The Power of the Dark Side

The Dark Lord of the Sith is a devastating opponent. With three power sets and a mastery of the dark side of the force, it would will take everything you have to face down this dark side wielder. 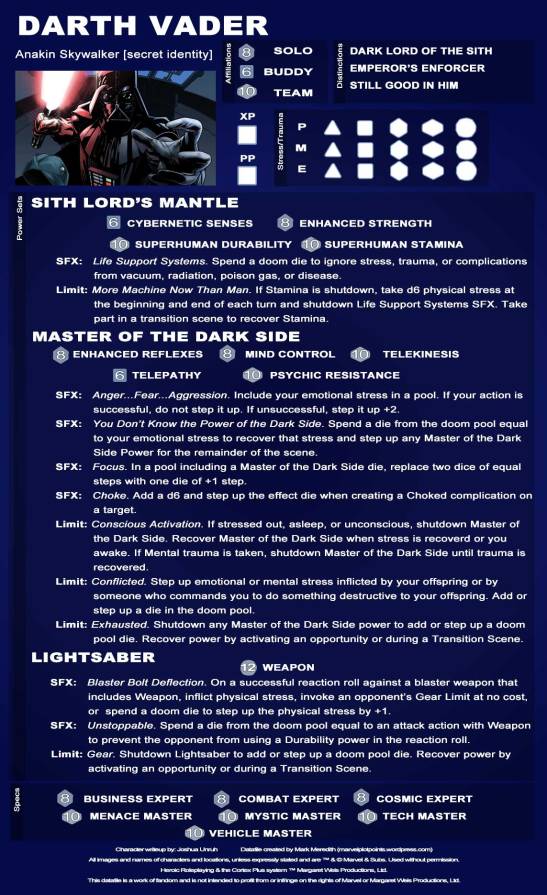 Emperor Palpatine rarely travels without his retinue of Imperial Guardsmen who are rumored to be proficient force users. Whatever their affinity for the dark side, they are powerful warriors and not to be underestimated. 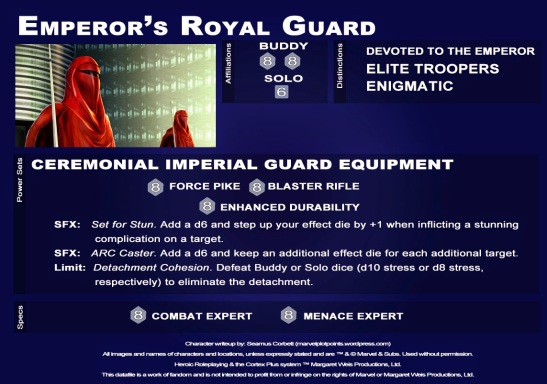 The Leader of the Galactic Empire has worked from the shadows for decades and he has built a force to be reckoned with. Do not face him lightly, for he is a true master of the Dark Side of the Force. 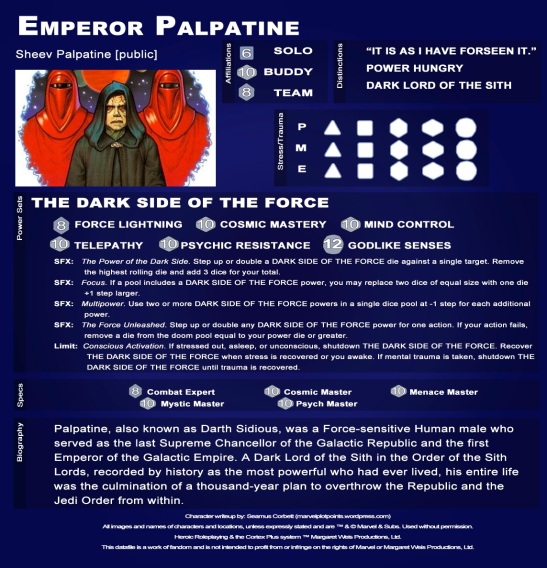 So enjoy adventure far, far away! See how the rebels face off against the forces of darkness in your own galaxy.

And remember, the Force will be with you. Always.

3 comments on “Watcher Datafiles: The Power of the Dark Side”

This entry was posted on January 16, 2015 by stroupjr in Datafiles, Star Wars Week.