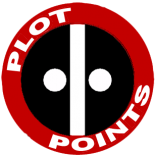 Arthur Charles Blackwell is a Catholic religious fundamentalist who believes that he has received instructions from his god, through scripture, to cleanse the world of unbelievers and restore the greatness of the Church as the sole world religion.  He believes his powers are proof of his blessings and mission.  Currently, he is a prisoner at the Raft.  But when the power goes out and the other prisoners try to escape, Crusader chooses a different path.  He is here to purify the prison and to avenge those these villains have sinned against.  Woe be he that does not repent.  But what temptations await Crusader in this dark abyss, and will his inner demons become manifest in new and frightening ways?

Milestones For This Event:  Holy War and Not Peace, But A Sword

‘Come to Me, all who are weary and heavy-laden, and I will give you rest.’

‘But He was pierced through for our transgressions, He was crushed for our iniquities; The chastening for our well-being fell upon Him, And by His scourging we are healed.’

“This man walks with the anger of one searching for a new path. Does he not know that through the blood of our Lord all sins are forgiven? I shall preach the Gospel to him and show him the way to redemption.”

‘Humble yourselves in the presence of the Lord, and He will exalt you.’

“This fallen would-be-disciple followed the teachings of a false-prophet, and look where it has gotten him. I shall use this to humble him before the Lord, and raise him up as a dedicated disciple of the one true prophet and savior.”

‘And He healed many who were ill with various diseases, and cast out many demons; and He was not permitting the demons to speak, because they knew who He was.’

“Through the word and through faith, and through her own desire for redemption, if it pleases the Lord, I will cast the demon out and make a new disciple for the Lord from this tainted child.”

“This one, like a wild, prideful animal, must be tamed and made to repent her sinful past. I will show her of her folly, by the word, or by the sword.”

“This monster was once a man, but he drank of the wrong cup, and thinks that continuing to drink from it will quench his thirst. But the cup of science is the cup of man’s wisdom, and thus always empty. Only through the Lord can this monster once more become a man and a brother in Christ. If this fiend is not beyond redemption, I shall show him the way.

“Now here is one who bears the cross; a man of faith despite the deformity of his body. Although he looks as a demon, he does so as a penance and does not seek release from his punishment but gives himself in his suffering to the Lord. He is a fellow traveler, and a worthy ally in this sea of sin called the Avengers.”

‘I gave you milk to drink, not solid food; for you were not yet able to receive it. Indeed, even now you are not yet able, for you are still fleshly. For since there is jealousy and strife among you, are you not fleshly, and are you not walking like mere men?’

“This child is not ready for the full mysteries of the Lord; he still seeks his earthly father and not his heavenly one. I shall introduce him to the word of the Lord gently, for like a baby must drink milk until he is ready for solid food, so must the young Nova, prideful in his earthly power given him by his earthly father, be given the scripture slowly and carefully, lest he rebel and descend into sin.”

I am an author, RPG gamer, husband, and father.
View all posts by jpjolin →

This entry was posted on October 13, 2015 by jpjolin in Actual Play, Datafiles and tagged Crusader, Fearsome Avengers.