We continue our coverage of Mirko’s great Fear Itself Event with some more datafiles!

First, we have the dreaded Attuma, already a fearsome foe before he was imbued with the powers of The Serpent’s hammer. Attuma is sure to test your heroes both in and out of the ocean. 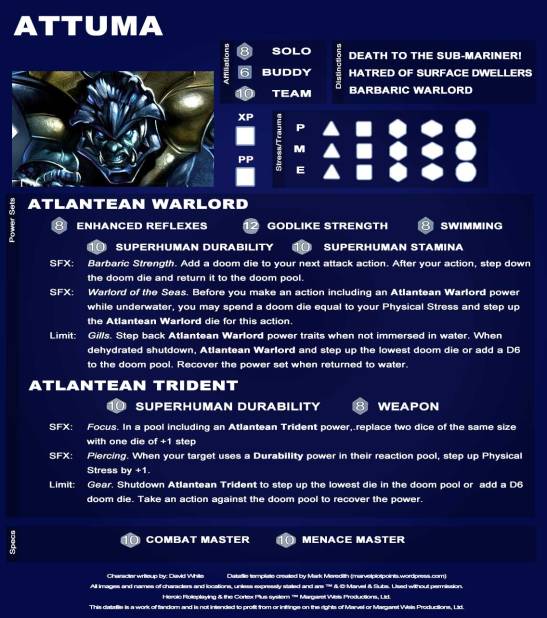 Next, we have Attuma empowered by Nerkodd, Breaker of Oceans a powerful warrior and a devastating opponent on the high seas! 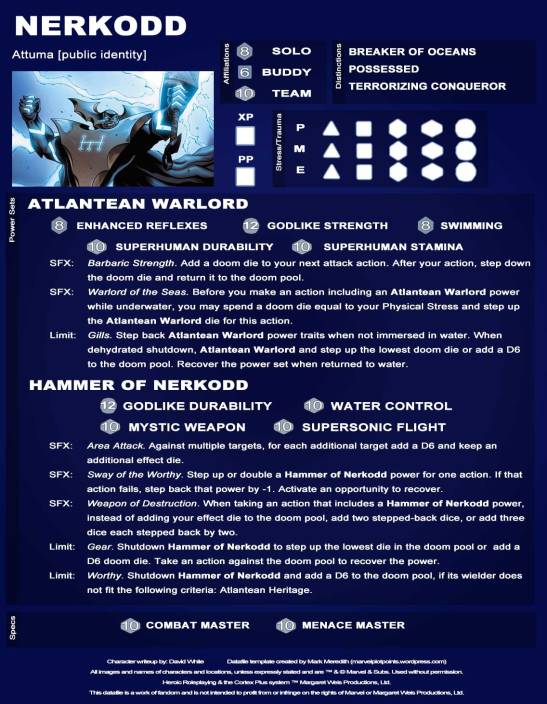 After Attuma, we have the daughter of Red Skull, Sinthea “Sin” Shmidt, whose legacy now includes more than a terrible Nazi leader and war criminal, but the Serpent himself, brother of Odin, Cul Borson as she gave herself to become the avatar of his daughter, Skadi. She is the schemer who brought about the release of the Serpent and began this event in the first place!

And finally we have the hammer weapon power sets. Use these datafiles to customize your game. Will the hammers imbue those that found them in the original Fear Itself run? Will Nerkodd’s hammer fall to another of Atlantean legacy? What would be required to qualify someone to be worthy of this tremendous terror? Or will Skadi’s hammer be found by some other vicious villainess? Or (gods forbid) what if a heroine is chosen to be The Serpent’s Daughter: such as Black Widow, or Susan Storm? Imagine the emotional turmoil that would occur if Skadi’s hammer fell into the hands of the loved one of a hero. Could the heroes fight against a Serpent-possessed Jane Foster? The possibilities are endless and up to YOU to decide! 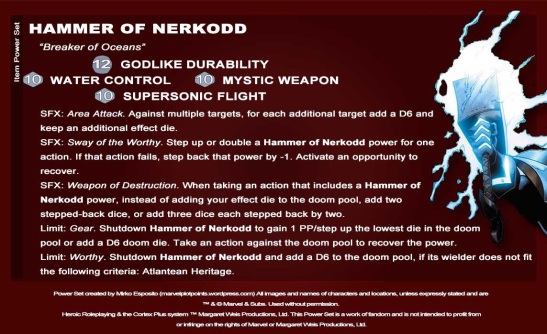 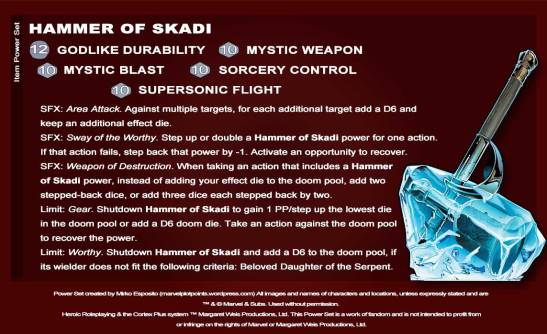 Game on and excelsior!!

This entry was posted on March 23, 2015 by David W in Asgard, Datafiles, Fear Itself, Item Power Set.