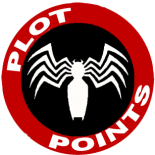 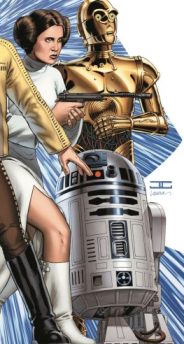 When most people think of Star Wars, what do they think of? Darth Vader? Yoda? Lightsabers? The fact that Greedo obviously shot first? Very rarely do people hear Star Wars and immediately think of Princess Leia, C-3P0, or R2-D2, but let me ask you this: What would those movies be without those characters? The Death Star plans would never have been delivered. Luke would never have left his barren homeworld. Han Solo never would have stuck around with the Alliance. Even though these characters aren’t necessarily anybody’s immediate favorite, they are definitely an important part of the Star Wars story.

And I’m honored to bring them to you today.

Leia is a very strong female character. When Han and Luke come to save her, she basically ended up saving them and teaching them how to use their toys. I mean, can you think of anyone that stood toe-to-toe, face-to-face with Vader, mouthed off, and lived to tell the tale? Yeah. Me neither.

Unfortunately, Leia’s strong character is often overlooked because of that one scene in Episode VI where she’s in a bikini. Yes, its sexy, but that’s all people tend to focus on with Leia! And it’s frustrating. Remember, even when she was wearing a bikini, she managed to choke out a one ton slug. That’s girl power there.

The datafile for Leia I have for you here is from the time between the Battle of Yavin and the Battle at Hoth (Episodes IV and V). The adrenaline of defeating the Empire at the Death Star has begun to wear off and the fact that Alderaan is gone is beginning to sink in. Who will Leia be without a people to rule or a throne to sit on? How will she cope with being one of the last living citizens of Alderaan left in the Galaxy? Though I haven’t read it yet, I hope this datafile matches up with Mark Waid’s Star Wars: Princess Leia series. 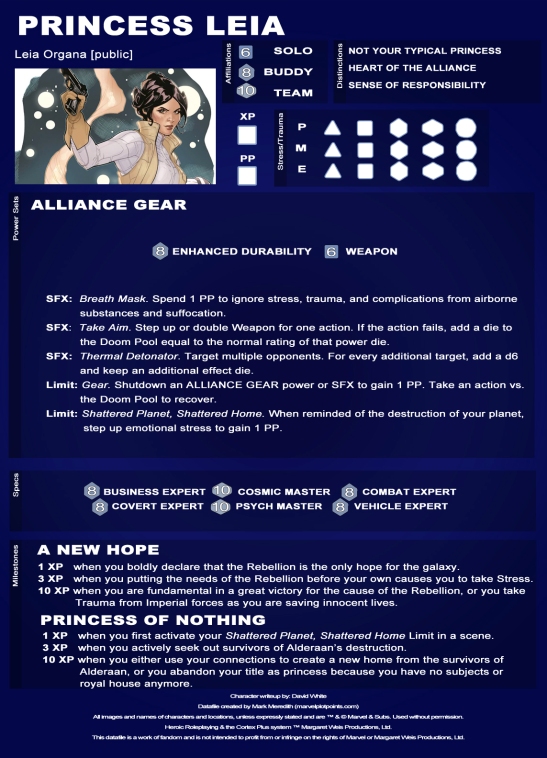 Now for those lovable droids! These guys were fun to make (and a little difficult to be honest). They’re very different from most other characters in Marvel Heroic Roleplaying simply because they aren’t made for combat. How do you give a character powers and SFXs using this system without making them offense capable? I hope I did a good job of answering those questions with these two datafiles.

As I said before, C-3P0 and R2-D2 are the lovable and humorous addition to the team, C-3P0 with his worrisome attitude and R2-D2 with his heroic stunts. I hope they bring fun and laughter to your table as well! 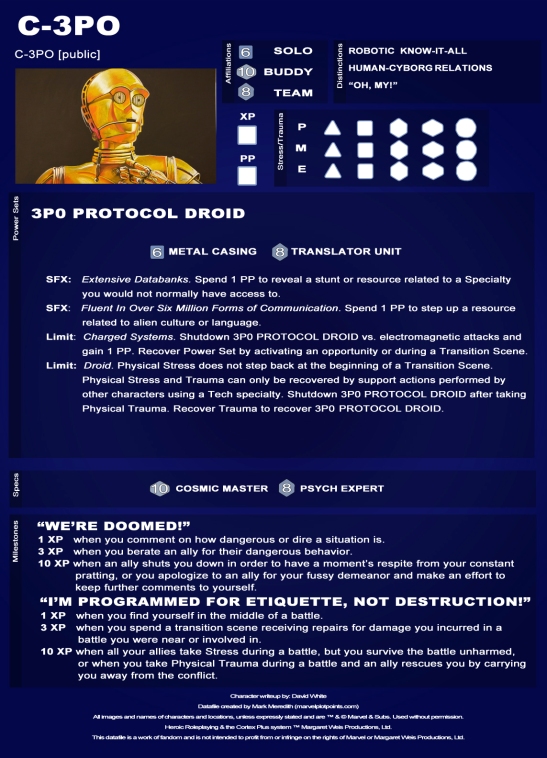 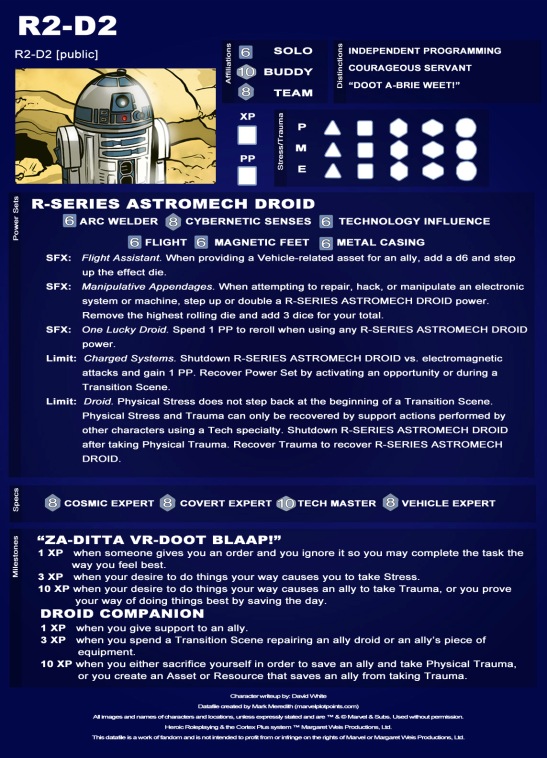 This entry was posted on January 13, 2015 by David W in Datafiles, Star Wars Week.