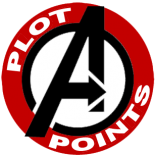 LIBERTY AND JUSTICE FOR ALL: GETTING THE MRA PASSED 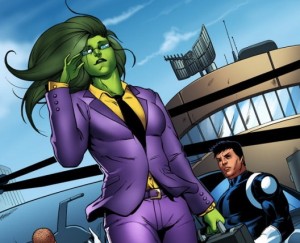 Given the reactionary climate to Nitro’s actions at Stamford, those seeking to get the MRA passed will have to win major public support and receive a sponsor in Congress.  This will require at least one Action Scene with the media and one for each congressman the heroes approach.  Heroes supporting the MRA can also win public support during Action Scenes where they protect citizens after publicly supporting the MRA.

HEROES LIKELY TO SUPPORT THE MRA

Several heroes will likely come out in favor of the MRA, given it is a much less polarizing option than the SHRA.

Likewise, quite a few heroes might still find the MRA an unwelcome intrusion on their way of life.

If any of the heroes are members of the Illuminati, you can include this additional What-If scenario:  What if the Hulk Returned from space early?

The ship in which the Illuminati imprisoned the Hulk malfunctions as it did in the comics, but instead of crashing on some alien planet it performs a series of random warp-space hops before returning to Earth.  The ship crashes at some important moment of crisis, such as during ACTION: NITRO AT BIG SUR or ACTION: FINAL BATTLE WITH A.I.M. OR HYDRA.  The Hulk emerges, raging, and goes after the Illuminati.  If you really want to make life hard for the heroes in their attempts to pass the MRA instead of the SHRA, have the Hulk’s ship crash right in the middle of the congressional hearings over the MRA!

If the MRA failed to pass and the SHRA is in force, the space ship jumps through the space-time barriers and crashes into the Negative Zone prison during the ACTION:  BREAKING INTO THE NEGATIVE ZONE PRISON.  At that point things could get really interesting!

IF THE MRA PASSES…

Should the Metahuman Response Act pass, several changes take place.  Remember that the metahuman community has 45 days to register their abilities, but the other provisions of the Act go into effect immediately.

First, any metahumans that refuse to comply with the registration portion of the Act will face fines, jail time or worse if captured.  The exact fines and penalties are left to the Watcher and the heroes to determine, though they should be very mild compared with those imposed by the SHRA had it passed.  S.H.I.E.L.D. will not have nearly as strong an enforcement edict as they would have under the SHRA, as not all infringements of the Act warrant the same level of response, and most enforcement will fall to local or state enforcement agencies.  Such agencies will only call in S.H.I.E.L.D. for extreme cases of resistance by metahumans.

PASSING THE MRA AND THE REST OF THE CIVIL WAR EVENT

Should the MRA pass, much of the conflict in the Civil War Event is abated.  There’s no violation of civil liberties for heroes to fret about, and those heroes who still feel slighted will be far fewer in number and more easily handled by law-abiding heroes.

As such the rest of the Event will focus less on a superhuman civil war and more on solving the mystery of how Nitro got so powerful.  More focus should be spent on the Action and Transition scenes involving finding Nitro and the investigation leading up to Action: Hostile Takeover (CW120 – CW121).

The MRA will still have effects on criminal organizations similar to those of the SHRA, allowing the CW Event book’s scenes involving Hydra and A.I.M. to work in a similar manner.

Second, any superhuman who wishes to continue actively engaging in heroics will have to attain either a private license under one or more of his identities or join a government agency.  The same will hold true for teams of heroes; the Avengers might become a government agency, whereas the Defenders, Heroes for Hire, etc., will have to become independent licensed agencies.

Schools such as Xavier’s School for Gifted Youngsters will have to receive licenses to train metahumans in the use of their abilities.  Such schools will become more integrated, allowing non-mutant metahumans to attend.  They will have to receive separate licenses for training students in domestic use and for training in combat use.  Unlicensed training facilities will be shut down by the government.

It is very likely that prejudice about mutants in particular will go away or be relegated to only a few fringe groups, as people begin to see mutants as just another form of metahuman.  Integration will be the order of the day, so the situation shown in Civil War: X-Men will either not occur or be more easily fought.  If so, mutant groups like the X-Men may dissolve or merge with more integrated hero teams like the Avengers.  Alternatively, they may become anti-establishment groups led by mutants like Cable or Bishop whom are convinced that the MRA is a path to an apocalyptic future.  If all of the above does transpire, it will make dealing with the coming of the Phoenix easier; it won’t be Avengers Versus X-Men and the whole world may be able to come together to deal with the threat of the Phoenix.

It is likely that some form of superhuman resistance will still result from the passage of the MRA, but they will have much shakier ground to stand on than in the case of the SHRA’s passage.  Since their rights are not being infringed, the resistance will comprise mostly of heroes whose sense of unearned privilege has been challenged.  Of course, players are free to choose a side in this conflict as well

NEXT: ACTION SCENE:  Getting A Congressional Sponsor For The MRA.