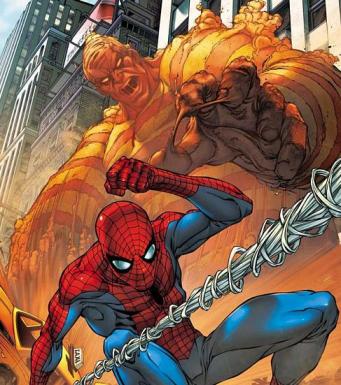 The turn order system implemented by the Marvel Heroic RPG is a whole new kind of beast.

Where once the DM (or GM in some systems) would call out, “Roll for initiative,” the Watcher announces who will be acting first. Where once you knew you could duck out to make a phone call mid-combat because “It’s not my turn for a while,” you now have to stay on your toes, because it could be your turn at any moment.

There have been some complaints swirling around the Internet about the way turns work in MHR, usually complaining that heroes will always take all their turns first, followed by the villains.

Let’s talk about this.

Fred Hicks wrote an article recently explaining about how he accidentally created the initiative system for the MHR. I won’t recap what he says there, but instead emphasize what I think about it.

The turn order is like a delicate game of chess, one which requires heroes to work together to decide how best to proceed. In the same vein, it’s the Watcher’s job to actively throw off the heroes plans by spending doom dice to interrupt the turn order.

If the players all choose to go at once, they’ll give the Watcher two full turns of brutal attacks upon their heroes before their heroes get to go a second time. At the same time, handing the turn order over to the Watcher too early allows him to smash up the heroes to weaken them before they get to make their attacks.

The system works best if there is roughly an equal number of villains as heroes, due to the relative equality of power in the datafiles of the heroes and villains. Let’s look at some examples.

You have three heroes and three villains. It’s in the best interest of the heroes to hand over turn order to one of the villains after one of their heroes has acted. This allows the Watcher to use his villains as he wants, but he can’t risk running through all three villains, as now the heroes will get to have two heroes act before the end of the turn, followed by all three heroes acting. That’s likely to cause some serious damage to the Watcher’ s characters.

Instead, it behooves the Watcher to hand turn order back to the players after one or two of his villains have reacted. In this way, the turn order flows evenly back and forth.

In a second scenario, three heroes face off against one villain. The heroes can easily let the villain act early in the turn, as now all three can get multiple attacks against him before he can act. This isn’t in the Watcher’s favor. You should always have at least two villains against multiple heroes; even if this is a villain and a mob.

Now, what about one-on-one combat? This is interesting, because in the end, most likely, you’ll have the hero attack, then the villain. Then the villain selects himself at the top of the turn order, then hands the turn over to the hero, who selects themselves during the start of the next turn. It goes back and forth, with both Player and Watcher getting two attacks in a row. That can be kind of boring.

As Watcher, you should be spending those doom dice to interrupt the other player’s turn order to mix up the back-and-forth nature of one-on-one combat.

How have you seen combat play out in the game? Let us know of any unusual circumstances you’ve faced.