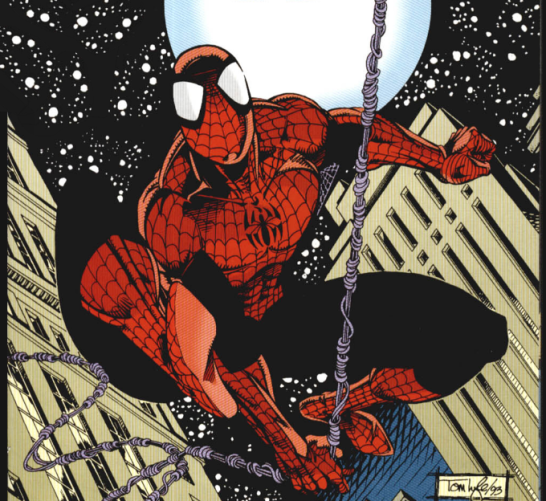 Sometimes you need a break from saving the world.  Sometimes you grow weary of moral quandaries, tough questions, and deep political issues.

Well, we’ve got the adventure for you.

Gun Smugglers is a Mini-Event based on Spider-Man #44, The Anniversary Syndrome.  It is one of my all-time favorite Spider-Man stories, in part because of its simplicity.  Just Spidey trying to do right by his Uncle Ben’s memory on the anniversary of Ben’s death by making sure no more guns wind up in the hands of the bad guys.

In this Mini-Event, your heroes learn about, and attempt to stop, an illegal weapons deal taking place in Lower Manhattan along the Hudson River.  It is really that simple; stop the guns from getting into the hands of criminals.

Gun Smugglers forces your heroes to confront the gun violence issue head-on, and can, if the Watcher and players are so inclined, lead to a full-blown Event based around what the heroes can, and should, do about the city’s, and the nation’s, gun problem.  It can be poignant, divisive, even highly-political.

Or it can be heroes punching bad guys and getting rid of their bad boom sticks.  Your call.

This entry was posted on July 10, 2017 by jpjolin in Action Scene, Events.