Why I Use Milestones (And Why You Should, Too)

A Rebuttal To ‘Why I Stopped Using Milestones’

Generally, we in the bullpen at Plot Points are in editorial agreement on the content we post.  Most of what we post here are datafiles, Event Scenes, etc., though we do occasionally post alternate rules as well (I’ve done a few myself).  Occasionally, however, one of us will post a rule variant that is not universally agreed upon by the whole of the bullpen.

This is one of those cases.

I want to state that the content of this post is entirely my own opinion, though it has been reviewed by the rest of the bullpen and green-lit for posting.  In no way should my statements here be construed as a sign of disrespect for the author of the post I am rebutting, only as disagreement on an element of the RAW.

Plot Points author Michael Dismuke wrote a post entitled ‘Why I Stopped Using Milestones’ in which he expressed his distaste for milestones and his preference for an alternate method of his own design.  While I encourage Watchers to house rule as they see fit, I wanted to come to the defense of milestones, which I think are a fantastic innovation.  So, herein I’ll make my case for keeping milestones in your game.  I won’t go into the merits of Michael’s replacement for milestones, I’ll simply defend the RAW.

What Is A Milestone For?

Now, the obvious answer to that is “to earn XP for your character.”  But that’s just the gaming effect, and every RPG lets you earn XP in some fashion or another.  What a milestone is really for is involving your player in the character’s story, using XP as a carrot for enticing player investment with that character.

Milestones make a datafile more than just a collection of stats.  They provide motivation for the player; a sense of purpose for their characters beyond just “get to the end of the story successfully.”  I’ve been in games that were plot-centered rather than character-centered.  If you are doing a one-shot, that can be fine, but for character-driven players like myself, plot-centered stories that leave the character’s story as an afterthought at best just fall flat.

With milestones, you have something more than just an objective for the hero to overcome.  You have challenges to that character’s personality.  You have them moving steadily towards some either-or choice that will change who they are, and might even suggest how they might spend the XP they just earned.

The best Milestones are, of course, diametrically-opposed to one another, each providing an answer to the question “what is most important to the character” that opposes the other.  This forces the hero to make hard choices about how he answers that question, leading to greater drama.

So what were Michael’s objections to the milestone rules?  Let’s look at them below.

In Why I Stopped Using Milestones, Michael says the following:

I also think that the Milestones as set up in the original game system were way too generous. Spider-Man did not have any major changes as a character for the first 20 years of his comic book. Sure, he had some cool gadgets (assets/resources). But he pretty much stayed at the same power level with the occasional jaw-dropping stunt. In Secret Wars #8 (1984), he gets the black costume. But by that time, he would have racked up thousands of XP according to MHR.

Certainly, if we treat an entire comic book run (or rather, a group of related comic books in the case of Spider-Man; how many titles has he had?) as though it were a RPG campaign the XP build up seems extensive.

That is not, however, how Marvel Heroic approaches the subject.  All XP gained in an Event is meant to be spent in the Event, with whatever XP is left at the end of the Event carrying over to the next Event with the Player, not the character.  The expectation is that, as per OM109, for a new Event the player starts over with a new datafile written for that Event, even if it is the same character he played in the prior Event.  Like in the comics, an Event might leave an impact on the hero, but he might also revert back to the way he was before the Event from a datafile perspective.  The XP doesn’t build over time in a long progression like it does in Dungeons & Dragons or most other games.  Once the Event is over, your datafiles start over more or less from scratch, perhaps spending unspent XP from the prior Event once the new Event is underway. 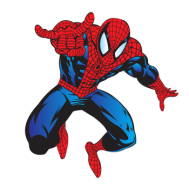 Look at how differently Marvel Heroic portrayed Spider-Man’s datafiles in Breakout versus Civil War.  His milestones are completely different.  So are his Power Sets; with two powers, Swingline and Weapon, migrating to Spider-Powers from Web-Slinging, and the Web Slinging Power Set being replaced with Iron Spider Armor.  That didn’t happen because of XP; that was a complete rewrite because of a change in Event.

Milestones affect what happens once the Event is underway.  The changes before and between Events are simply agreed upon by the players and the Watcher before the next Event starts.

So this objection misses the point of milestones.  They actually reflect perfectly the way comics treat characters; there is change within the story, but when a new story comes along, the hero either resets to how they started or changes in a way appropriate to that story, and might reset to status quo again once that story is over.

Too Tough To Track?

This objection was not raised by Michael, but by someone online reacting to his post.  Milestones, it was said, are too tough to keep track of in-game.  Having run a Heroic game, I can attest to how, at first, it can prove difficult to keep track of milestones.  But then, it can also be easy to lose track of lots of game elements, such as Assets, Complication, or even Plot Points.

Let The Players Track Their Own Milestone Progression

Part of being a good Watcher is delegation.  You are not responsible for advancing the player characters’ datafiles; that’s the player’s responsibility.  If they have chosen milestones that they care about (see below) they will have no problem keeping track of their progress through those milestones.  In fact, it will motivate them to steer the narrative towards those goals, and they will end up reminding you when they have earned XP.

For example, in my House Of Madness campaign, Seamus was playing Crusader, who in all published materials was a Watcher Character and thus needed custom milestones.  One of the two he came up with had this for a 1XP milestone:  when you quote the Bible to further your mission.  Once per Round he could earn 1XP if he could find and use a bible quote that fit the situation.  You can bet that he found a way to mine his bible for juicy, relevant quotes.  The milestone he created really spoke to his interpretation of the character, and allowed him to really play up that aspect of Crusader’s personality.

One of the big lessons I learned from running House Of Madness was that I don’t need to have every milestone in play sitting in front of me cluttering up my game space.  Just note on a single page the name of each character and the names of the two milestones currently in play for that character.  If you or the player think the character has achieved a milestone you can look up the text of that milestone in your reference document, but just knowing which milestone is in play is usually enough to serve you.

Traditional RPGs often give XP only for advancing the plot (which generally involves killing monsters or other enemies).  Marvel Heroic’s use of personal milestones turns the focus back onto the characters and their subplots.  Event milestones are a mixed bag of plot and subplot.

Nowhere in the RAW is that explicitly stated.  Nevertheless, that is what milestones boil down to:  Milestones are devices that award XP to players for exploring the plot and subplot elements of the story.

This is the reason that I defend milestones.  Players aren’t pigeon-held into caring only about the main story plot, or locked into only gaining experience for slaying monsters.  Milestones let players tell the Watcher what elements of the story their characters will care about and focus upon, and reward them for doing just that.

Milestones The Players Care About

Different players will view the same character through their own unique perspectives,and so may focus on different aspects of that character’s goals and hopes.  Take Spider-Man for example.   The two published datafiles give three different milestone choices for him; I could focus on how he is a Team Player, on how he handles adversity by Coping With Humor, or how there are many Deadly Foes Of Spider-Man.  But if I, as a player, don’t want to focus on any of those, I could write my own.  Maybe I prefer the science-minded Peter Parker, who, after getting stumped by a problem, declares I Can Beat You…With Science!  Or maybe I want to focus on Spidey’s Typical Parker Luck.  If I, with the Watcher’s aid, have formulated milestones around the ways I want my Spidey to earn XP, I’m more likely to stay involved in Peter’s story.

With every respect to Michael Dismuke, Milestones are a terrific way to let a character develop over a campaign, especially given the way Marvel Heroic lets players spend their XP to alter a hero through lateral development rather than simply improve said hero through ever-growing stats.  They are a great, tiered storytelling device that help make Heroic stand out amongst other games.

3 comments on “Why I Use Milestones (And Why You Should, Too)”

This entry was posted on July 17, 2017 by jpjolin in Milestones, Narrative, Tips & Tricks.