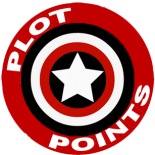 Are we not men? We are DEVO-lutionized with today’s datafile, focusing on one of the more unsung power brokers in the Marvel Universe, the High Evolutionary. He has fought with and against Thor, the Hulk, and the Avengers, and he’s even gone toe to toe with Galactus. Despite these battles, the only thing that this once-mortal man truly wants to do is peacefully conduct his evolutionary experiments on animals and on, well, the occasional planetary populace. But he never gets a break. The necromantic overlord Chthon once wiped out his “New Men” on Wundagore Mountain, and a race of galactic beings laid waste to his intended scientific utopia of Counter-Earth.

Nevertheless, when setbacks happen, he patiently picks up the pieces and begins again. He recently popped up in the new series of Uncanny Avengers, where he told Quicksilver and the Scarlet Witch that not only are they not the children of Magneto, they not even mutants! Could he have been lying? Possibly, but subtle deception generally isn’t his way. (If it’s true that the High Evolutionary is Pietro’s and Wanda’s symbolic father, the twins may have more in common with Spider-Woman, who was also genetically manipulated within the labs of Wundagore.)

The High Evolutionary can be a major protagonist in your Marvel Heroic game. Is one of the heroes suffering from an incurable ailment? Is there a hint of Asgardian or cosmic power within a street-level hero? Are strange animal-men suddenly rampaging through the streets of New York?

Download this datafile and dramatically unlock the genetic potential of your players’ characters with Evolutionary Supremacy! Use the strength of your will — and nearby machines — to restrain troublemakers with Technomancy!

And who would the High Evolutionary be without his Knights of Wundagore? Here are Bova, Sir Ram and Urson-Wellz, who have all stood beside the Evolutionary and fought for he who gave them sentience and will.